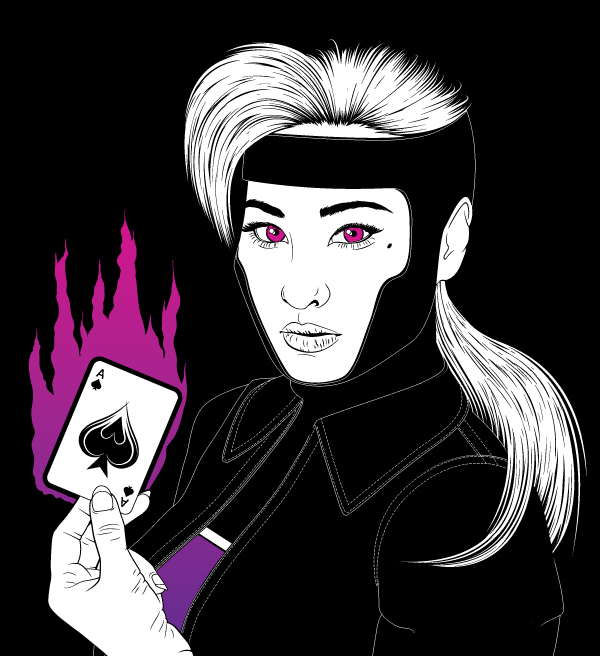 “How to Create the X-Men Character Gambit in Adobe Illustrator”

Although I’m not a cosplayer myself, I do enjoy browsing inspiring cosplay creations. One of my favourite forms of cosplaying is when people alter the gender or gender identity of the character or create their own version of the character’s aesthetic inspired by the original. I think it’s because you’re not so constrained by the original character’s clothing and physical features… with a drastic change in character, you’ve got a “concept”, and you work from there.

In this tutorial, I designed Gambit as a woman. Gambit is a character from the X-Men universe, who is said to be getting his own movie in October 2016.