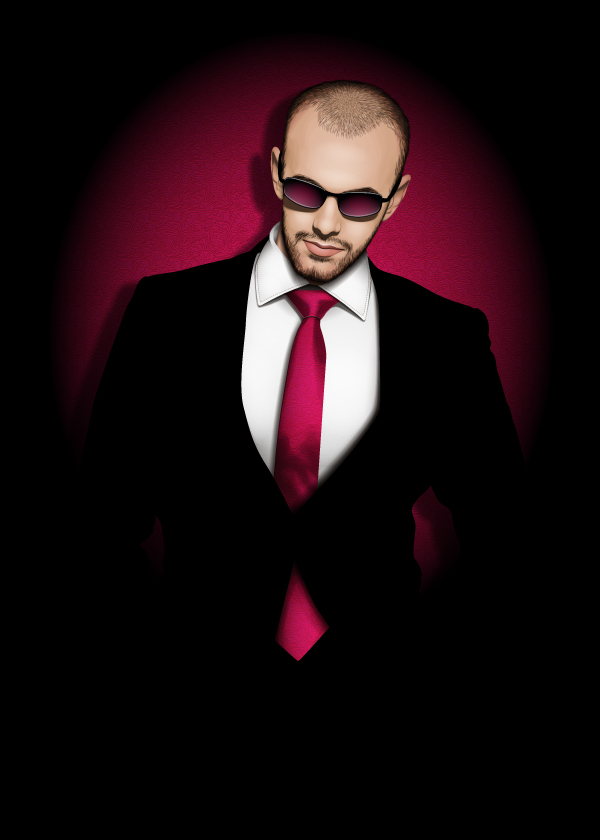 Back in 2005, I created a vexel of Dwayne Johnson (aka The Rock) which took advantage of negative space. Recently, I’ve been wanting to duplicate this style, however this time in vector.

In this tutorial, I’ll use a stock image as a reference and create an illustration which uses the same concept, this time in Adobe Illustrator. While this is an advanced tutorial, I won’t be going into too many details with regards to skin shading. You can have a look at this process more in depth via my Glitter Portrait Tutorial. I will however be going over skin areas which have shaven hair/facial hair as this can often be a hard area to render. So let’s begin!